TAROS 2019 is excited to welcome the following keynote speakers to this year's conference. Full details of each talk will be confirmed in the conference programme. 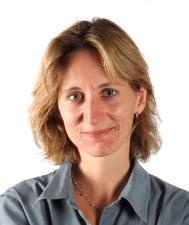 Title: Machine Learning for Robots to Think Fast in the Face of Unexpected Events

The next generation of robots will soon get out of the secure and predictable environment of factories and will face the complexity and unpredictability of our daily environments. To avoid that robots fail lamely at the task they are programmed to do, robots will need to adapt on the go. I will present techniques from machine learning to allow robots to learn strategies to enable them to react rapidly and efficiently to changes in the environment. Learning the set of feasible solutions will be preferred over learning optimal controllers. I will review methods we have developed to allow instantaneous reactions to perturbation, leveraging on the multiplicity of feasible solutions. I will present applications of these methods for compliant control during human-robot collaborative tasks and for performing fast motion, such as catching flying objects.

Aude Billard is full professor and head of the LASA laboratory at the School of Engineering at the Swiss Institute of Technology Lausanne (EPFL). She was a faculty member at the University of Southern California, prior to joining EPFL in 2003. She holds a B.Sc and M.Sc. in Physics from EPFL (1995) and a Ph.D. in Artificial Intelligence (1998) from the University of Edinburgh. She was the recipient of the Intel Corporation Teaching award, the Swiss National Science Foundation career award in 2002, the Outstanding Young Person in Science and Innovation from the Swiss Chamber of Commerce and the IEEE-RAS Best Reviewer Award. Her research spans the fields of machine learning and robotics with a particular emphasis on learning from sparse data and performing fast and robust retrieval. Her work finds application to robotics, human-robot / human-computer interaction and computational neuroscience. This research received best paper awards from IEEE T-RO, RSS, ICRA, IROS, Humanoids and ROMAN and was featured in premier venues (BBC, IEEE Spectrum, Wired). 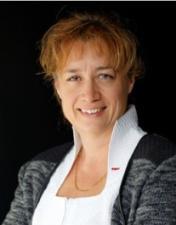 Veronique Perdereau will present past and ongoing developments on robotic dexterous manipulation carried out under her supervision at ISIR lab.

Véronique Perdereau is a professor of robotics at the Faculty of Science and Engineering at Sorbonne University. She has been responsible for several master specialties from 2004 to 2017 and on the academic commission of the Sorbonne University Institute of Health Engineering from 2014 to 2017. She has been heavily invested in the EIT KIC Health since 2015, where she is director of education for France and head of masters and doctorates for Europe. She conducts research in robotics at the Institute of Intelligent Systems and Robotics (ISIR, a shared Sorbonne University/CNRS institute). She coordinated the European project HANDLE from 2009 to 2013 for which she received the Stars of Europe Award in 2014. 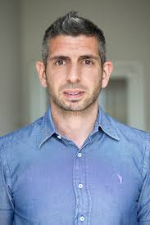 Head of Robotics at Google DeepMind

Title: An Overview of Research and Robotics at Google DeepMind

DeepMind is working on some of the world’s most complex and interesting research challenges, with the ultimate goal of solving artificial general intelligence (AGI). We ultimately want to develop an AGI capable of dealing with a variety of environments. A truly general AGI needs to be able to act on the real world and to learn tasks on real robots. Robotics at DeepMind aims at endowing robots with the ability to learn how to perform complex manipulation tasks. This talk will give an introduction to DeepMind with specific focus on robotics, control or reinforcement learning.

Francesco received his D.Eng. degree (highest honors) from the University of Padova (Italy) in 2002. During the year 2002 he was a member of the UCLA Vision Lab as a visiting student under the supervision of Prof. Stefano Soatto, University of California Los Angeles. During this collaboration period he started a research activity in the field of computational vision and human motion tracking. In 2003 Francesco Nori started his Ph.D. under the supervision of Prof. Ruggero Frezza at the University of Padova, Italy. During this period the main topic of his research activity was modular control with special attention on biologically inspired control structures. Francesco Nori received his Ph.D. in Control and Dynamical Systems from the University of Padova (Italy) in 2005. In the year 2006 he moved to the University of Genova and started his PostDoc at the laboratory for integrated advanced robotics (LiraLab), beginning a fruitful collaboration with Prof. Giorgio Metta and Prof. Giulio Sandini. In 2007 Francesco Nori has moved to the Italian Institute of technology where in 2015 he was appointed Tenure Track Researcher of the Dynamic and Interaction Control research line. His research interests are currently focused on whole-body motion control exploiting multiple (possibly compliant) contacts. With Giorgio Metta and Lorenzo Natale he is one of the key researchers involved in the iCub development, with specific focus on control and whole-body force regulation exploiting tactile information. Francesco is currently coordinating the H2020-EU project An.Dy (id. 731540); in the past he has been involved in two FP7-EU projects: CoDyCo as coordinator and Koroibot as principal investigator. In 2017 Francesco joined Deepmind where he is collaborating with Martin Riedmiller, Jonas Buchli and Dan Belov. His current interestes seamlessly span robotics and reinforcment learning, with applications in both manipulation and locomotion. 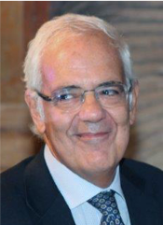 Professor Bruno Siciliano is Director of the Interdepartmental Center for Advances in RObotic Surgery (ICAROS), as well as Coordinator of the Laboratory of Robotics Projects for Industry, Services and Mechatronics (PRISMA Lab), at University of Naples Federico II. Fellow of the scientific societies IEEE, ASME, IFAC, he received numerous international prizes and awards, and he was President of the IEEE Robotics and Automation Society from 2008 to 2009. Since 2012 he is on the Board of Directors of the European Robotics Association. He has delivered more than 150 keynotes and has published more than 300 papers and 7 books. His book “Robotics” is among the most adopted academic texts worldwide, while his edited volume “Springer Handbook of Robotics” received the highest recognition for scientific publishing: 2008 PROSE Award for Excellence in Physical Sciences & Mathematics. His research team got 18 projects funded by the European Union for a total grant of 10 M€ in the last ten years, including an Advanced Grant from the European Research Council.